With the shooting of his first feature film in 2010/2011, Daniel Veith has found cinema as the sum of all the artistic expressions he dominates – writing, drawing, photography – and has taken auteur cinema to an unusual extreme, immersing himself in the production as a screenwriter, storyboard artist, film director, director of photography and lighting, editor and co-producer, along with his wife Evelyn Veith, who managed the processes behind the camera, as well as dealing with set design, costumes and makeup.

This film, entitled «Dawn in Sodom», analyses the socio-cultural problems of world migration in the 21st century, stigmatizing all its problems, concerns and fears which the disadvantaged minorities face in their new country of residence. The work is based on real facts and is corroborated from the scientific point of view by a study that Daniel Veith had made on the foreign subculture of the city of Salamanca in Spain during his stay there as a university lecturer.

In spite of the enormous work of 55 days of filming, 14 changes in the cast, an act of sabotage and aggression on the set and more than 60 hours of digital recording on HD tape, Daniel and Evelyn Veith have decided to postpone post-production and the premiere of the film until the necessary funds for the release of the work at international level are raised and not to be limited only to small independent film forums: out of this search for funding, VEITH Institut and later all the commercial entities of VEITH Group were born.

Daniel Veith presented the feature film «Dawn in Sodom» in the form of an innovative multimedia film project during and after shooting in several cineforums at the University of Salamanca and at the Art Museum «DA2 – Domus Artium 2002», the recognized contemporary art centre of Salamanca in Spain. In the latter, the involvement of Daniel Veith was included in the «Extraordinary Course of Visual Arts and Staging in the Digital Age», carried out by the University of Salamanca at the beginning of 2011. 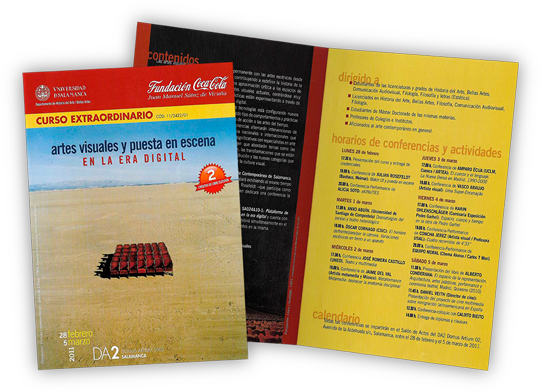